Email these GMs ASAP to secure a chair in their game

The first Dungeons & Dragons game was played back when Gary Gygax and Dave Arneson chose to personalize the massive battles of their fantasy wargames with the exploits of individual heroes. This inspiration became the first fantasy roleplaying game, in which players are characters in an ongoing fantasy story. This new kind of game has become immensely popular over the years, and D&D has grown to include many new ways to vividly experience worlds of heroic fantasy.

The core of D&D is storytelling. You and your friends tell a story together, guiding your heroes through quests for treasure, battles with deadly foes, daring rescues, courtly intrigue, and much more. You can also explore the world of Dungeons & Dragons through any of the novels written by its fantasy authors, as well as engaging board games and immersive video games. All of these stories are part of D&D. 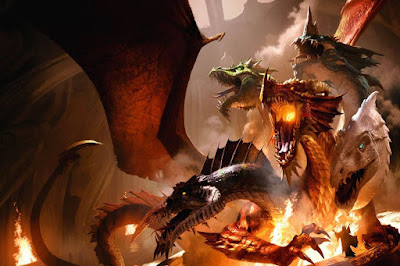 
Description: The local Reeve hires your mercenary band to rid Lord Alcarr's riverlands of a plague of swampy horrors. Come play the restored and revivified 70's classic from Steve Jackson Games; be a part of gaming history!
5 Players max

No experience necessary. All rules explained and all materials provided. 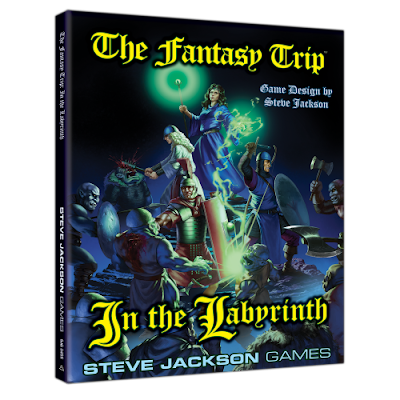 Snowhaven hosts many opinions beneath its exterior of politeness and community. An adventuring party gets called in to investigate some strange activity outside of town and an accidentally uncovered mine. As part of this adventuring party, what machinations will you discover?

This adventure is being run and tested by the authors of the adventure. Snowhaven is available as is D&D 5th edition. 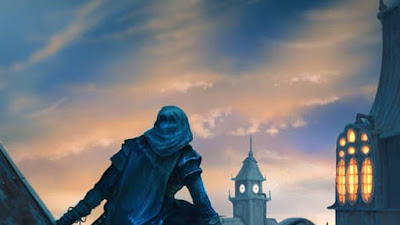 Dread is a game of horror and hope. Those who play will participate in a mutual telling of an original macabre tale. The goal of Dread is to sustain the delicate atmosphere that invokes the hand quivering emotion that lends its name to the game. The thrill of a Dread game lies within the tension between desire and loss. You will take on the role of someone trapped in a story that is only as compelling as it is hostile—someone who will find themselves making decisions we hope never to face in real life. 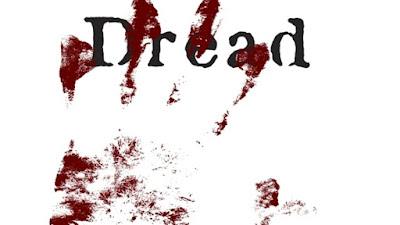 It is the horror roleplaying game that uses Jenga® instead of dice. Pull from the tower and you succeed. Refuse to pull and you fail. The choice is yours. But if the tower falls . . .

blackspirestudios@gmail.com
Blackspire RPG One Shot: Initiation Into the Cult of the Spire
-a Pathfinder game (with a few house rules) in a home-brew setting/pre-gen'ed in HeroLab


Join Robert Randle and his wife Jenny as they take a handful of brave players into the dark and terrible world featured on the Blackspire RPG Campaign Podcast! For any number of countless reasons, many a citizen of the city of Blackspire has sought to join the mysterious ranks of the infamous Cult of the Spire... which now extends to even include our Player Characters. What secret challenges, trials, and tests await our aspiring cultists as they seek to find their place this powerful organization? Can any of them hope to survive... Initiation

This adventure may contain themes and situations that might be offensive to some participants. Mature player sensibilities are encouraged. Experience with the Pathfinder RPG system is preferred, but not required.

Audio of this gaming session will be recorded, and potentially released as a "canon" episode on the Blackspire RPG Campaign podcast. Players will need to sign a (super simple) release form to participate. 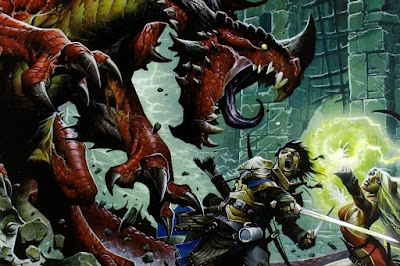 
Prowlers & Paragons (or P&P) is a tabletop roleplaying game with a narration-driven, rules-light system designed to emulate four-color superhero comics. Let’s break that down so you can see what you’re getting yourself into.

P&P is a tabletop roleplaying game. We’re going to assume you’ve got this one covered.

P&P is a narration-driven system. The rules in this game are not effects driven. For the most part, they don’t tell you what happens. Instead, they tell you who gets to describe what happens. And that’s what it’s all about in P&P: describing what happens. Both the players and the gamemaster (GM) take turns narrating events in the game world. This makes P&P feel more like an exercise in collaborative storytelling than a typical roleplaying game. However, P&P isn’t totally freeform and open-ended either. There are rules that help determine what characters can do and how they compare to one another, especially in combat! This prevents the game from devolving into a never-ending debate about what is and isn’t reasonable. 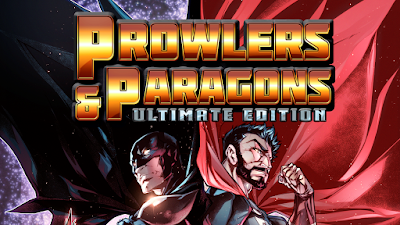 Labyrinth Lord (LL) is a fantasy role-playing game written and edited by Daniel Proctor and published by Goblinoid Games. It emulates the rules and feel of Dungeons & Dragons (D&D) using the Open Game License (OGL) from Wizards of the Coast. LL is based on the 1981 D&D Basic Set edited by Tom Moldvay, and its accompanying Expert Set by David "Zeb" Cook. 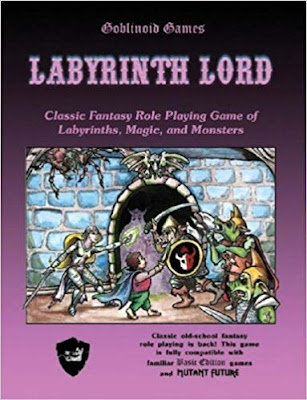 The Old Ones ruled the earth aeons before the rise of man. Traces of their cyclopean cities can still be found on remote islands, buried amid the shifting desert sands, and in the frozen wastes of the polar extremes. Originally they came to this world from the stars. They sleep now, some deep within the earth or beneath the sea. When the stars are right they shall again walk the earth.

Call of Cthulhu is Chaosium's tabletop roleplaying game based upon the worlds of H. P. Lovecraft. It is a game of secrets, mysteries, and horror. Playing the role of steadfast investigators, you travel to strange and dangerous places, uncover foul plots, and stand against the terrors of the Cthulhu Mythos. You encounter sanity-blasting entities, monsters, and insane cultists. Within strange and forgotten tomes of lore you discover revelations that man was not meant to know. You and your companions may very well decide the fate of the world. 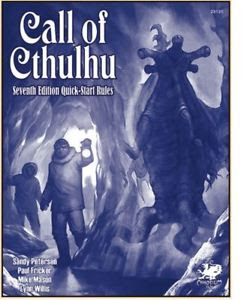 You are space truckers on the starfreighter USCSS Montero, running “the Gauntlet”— the trade route between Anchorpoint Station and the Frontier. Your ship’s cargo hold is packed with dozens of tanks of the rare gas Helium-3. Usually cargoes such as these are towed in massive tanker modules that transport much higher concentrations of the gas a safe distance from a freight hauler. The Montero isn’t rated as a commercial towing vehicle, however, and this small run is a special order for a Weyland-Yutani corporate account on Sutter’s World—a newly established Frontier colony. While the trip so far has been fairly routine, the Montero’s sensors developed a glitch before you left Anchorpoint and sporadically pinged contact with a sensor reflection before you activated the displacement drive and went FTL. Your cargo run so far has been without incident. Now, you are just awakening from hypersleep, ready to deliver your goods to the colony of Sutter’s World.

This is a one-shot of the upcoming Alien TTRPG being made by Free League, the creators of Tales From the Loop and Mutant Year Zero, using the rules from the Cinematic Play Guide they released to those who preordered. The system is very similar to Mutant Year Zero.


It's a deadly system and this Cinematic Play Style is specifically tailored for one-shot play, with mild progression to bring some sort of experience over into following one-shots.

Pregens will be provided, as will necessary handouts for rules and other information.

I won't lie to you about your chances, but you have my sympathies. 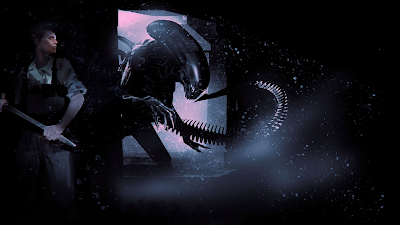 "We were all excited for our simple voyage from the space station. But things fell apart when we found the first one of them. Dear god, why? Who gave this thing teeth?!" --- This is a four-hour comedy-horror sci-fi game that you wont soon forget. We will be using award-winning Dread system, which builds tension by using a wobbly Jenga tower instead of dice.

This is a mature game, adults 18+ only please! We will be playing with an X-Card. 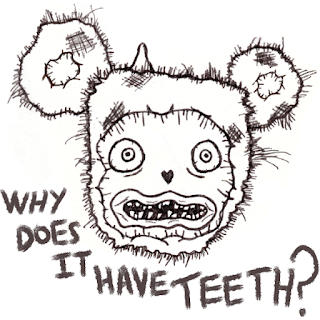 
Keep in mind, this is a family friendly event, but you can run dark/violent games. We just need to let players know upfront what they are getting into. Be kind, be inclusive, and don't offend anyone. We are running an event where everyone is welcome. 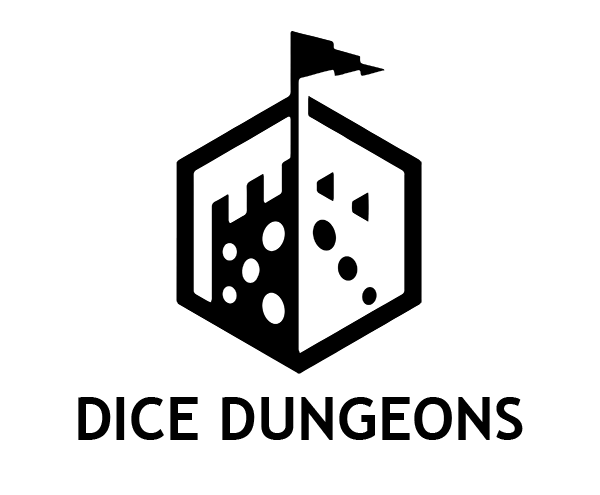 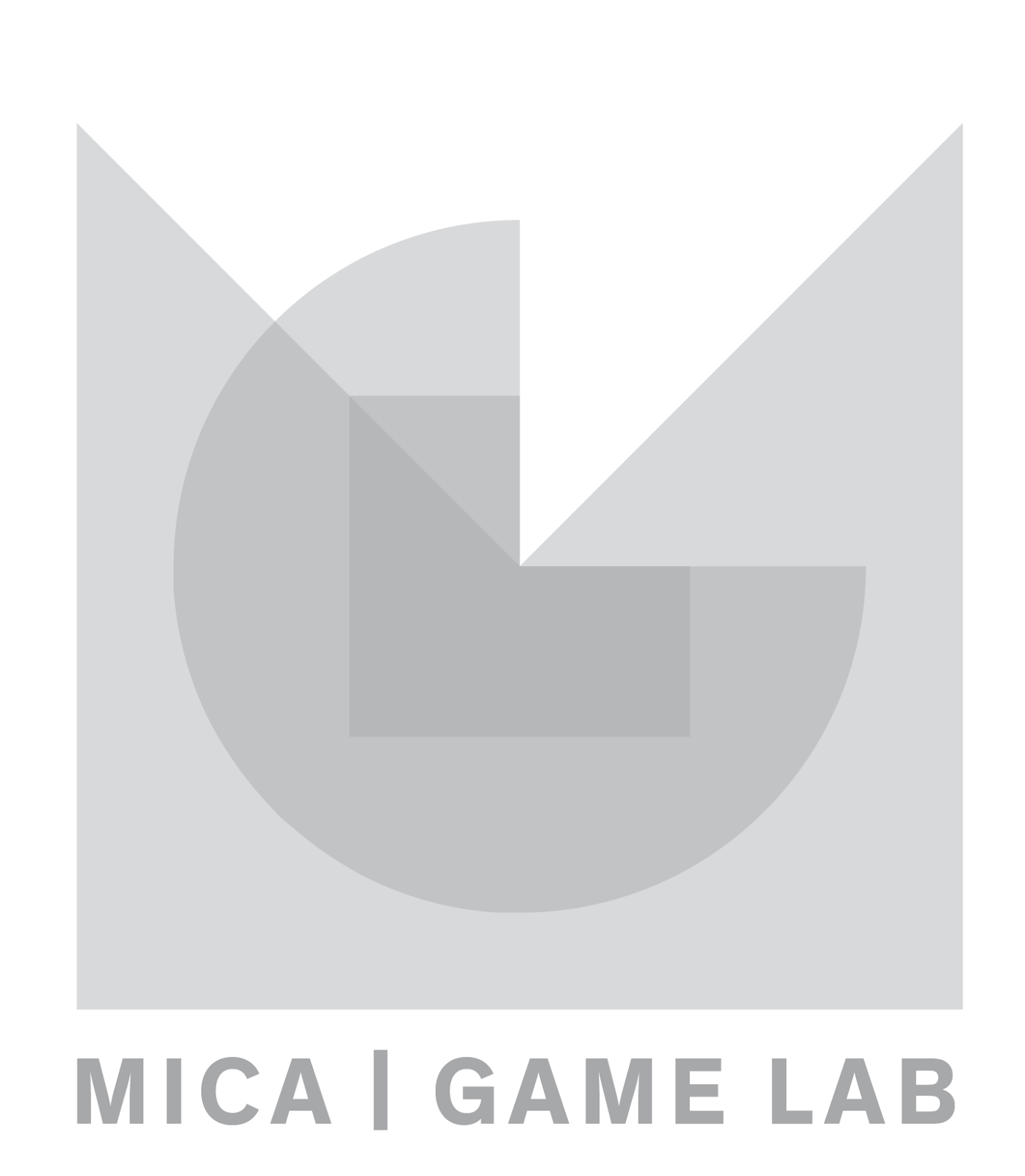